Bitcoin drops below $30k with $450 million in futures liquidated—what’s next?

The cryptocurrency market saw over $450 million worth of futures contract positions liquidated in the last 24 hours. In the same period, Bitcoin pulled back by more than 7%, showing weakening momentum.

On Binance, the price of Bitcoin dropped to as low as $29,500, retesting a critical support level. 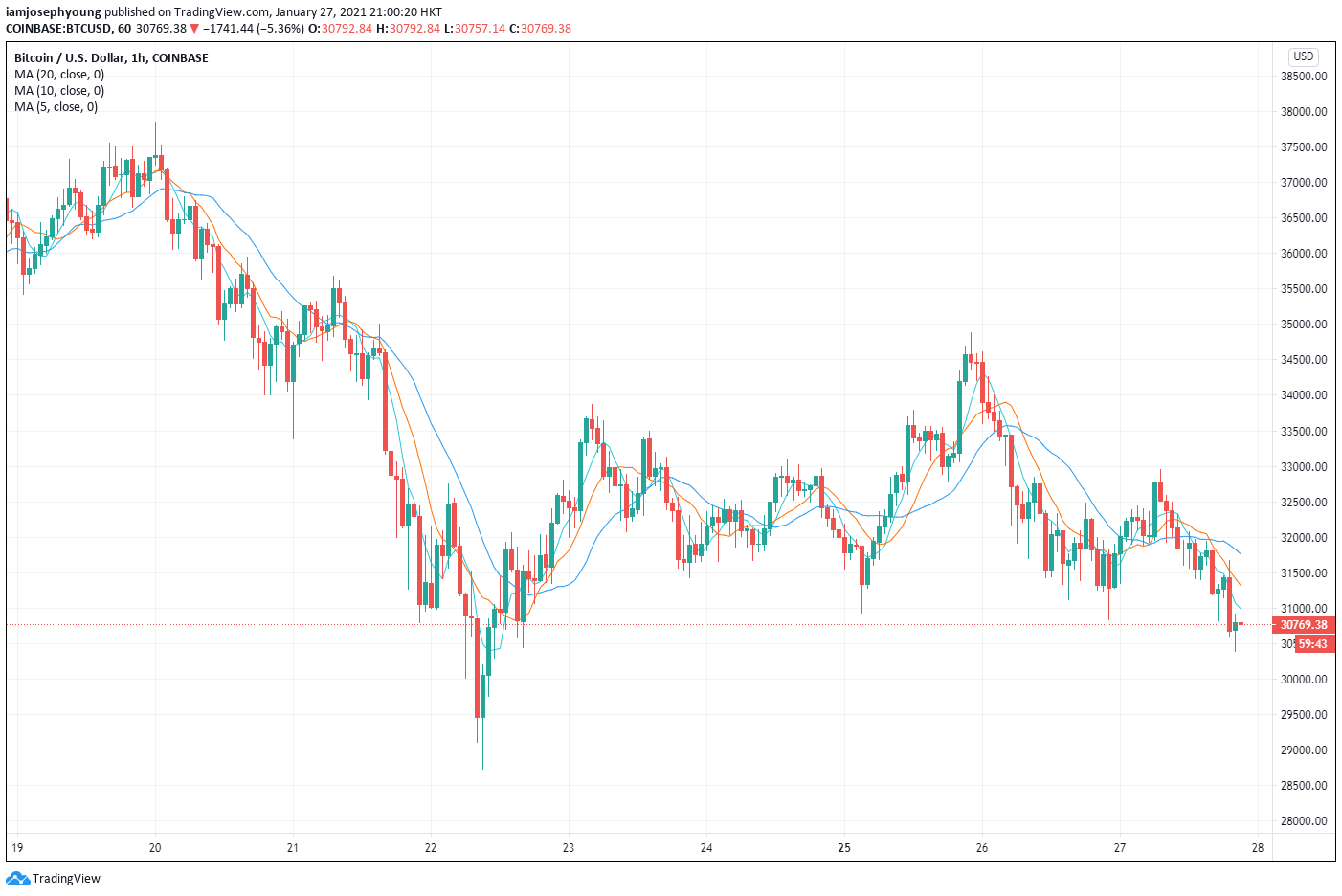 What’s next after mass liquidation?

The term open interest refers to the total sum of active futures contracts that are open. When open interest is high, it indicates that more traders are betting on the prices of cryptocurrencies.

Since there is a large number of positions open in the market, when there is even a minor market movement, cascading liquidations occur.

This causes Bitcoin to see extreme price volatility to both directions, leading to fast recoveries and deep corrections.

“Miners send in $btc to exchanges to sell, bitcoin drops. Exchanges liquidate over leveraged gamblers. People sell alts thinking the market is doomed, and repeat. This has been repeating for years. The alts with smart money and strong hands survive. Don’t sell, accumulate.”

Although the sentiment around Bitcoin largely remains cautious in the short term, two indicators suggest a relief rally in the foreseeable future.

First, the premium on Coinbase has reappeared. This indicates that buyers in the U.S. could be accumulating the recent BTC dip.

For instance, when Bitcoin dropped to the $16,000s in late November, Coinbase buyers bid the $16,000 support area aggressively.

Second, the premium in the South Korean cryptocurrency exchange market has dropped from 5% to 1%.

Throughout the past two weeks, whales in the Asian market has been taking advantage of the premium on South Korean exchanges.

This led to many $100 million deposits across major cryptocurrency exchanges, including Bithumb.

Now that the premium has subsided, there is a possibility that the selling pressure on Bitcoin would decline, at least in the South Korean market.

The combination of the lower selling pressure in South Korea and the rising premium on Coinbase could contribute to a short-term BTC uptrend.

How will altcoins fare?

So far, DeFi tokens have particularly been hit hard by the correction of Bitcoin.

As long as both cryptocurrencies continue to reject those levels, they would likely move in between the current range.

Valid Points: What to Expect When Ethereum 2.0 Undergoes Its First ‘Hard Fork’

Bitcoin At Risk Of Plunge Through Support If Stocks Turn Down