Prices of Bitcoin (BTC) and other major cryptocurrencies swiftly began to pick up steam today after a week of uncertainty, potentially boosted by MicroStrategy announcing its plans to continue buying BTC.

According to crypto metrics platform CoinGecko, Bitcoin is currently trading at over $57,000, up roughly 7% on the day. Ethereum (ETH), the second-largest crypto by its market capitalization, fares slightly worse—the token hovers in a price corridor around $2,745, although still up 13.4% over the week.

Meanwhile, Binance Coin (BNB) has entrenched above $600 for the time being, up 2.8% on the day and 18.6% on the week. Ripple’s XRP, despite the ongoing legal battle with the Securities and Exchange Commission, similarly surged in price by roughly 17% today and reached up to $1.65. 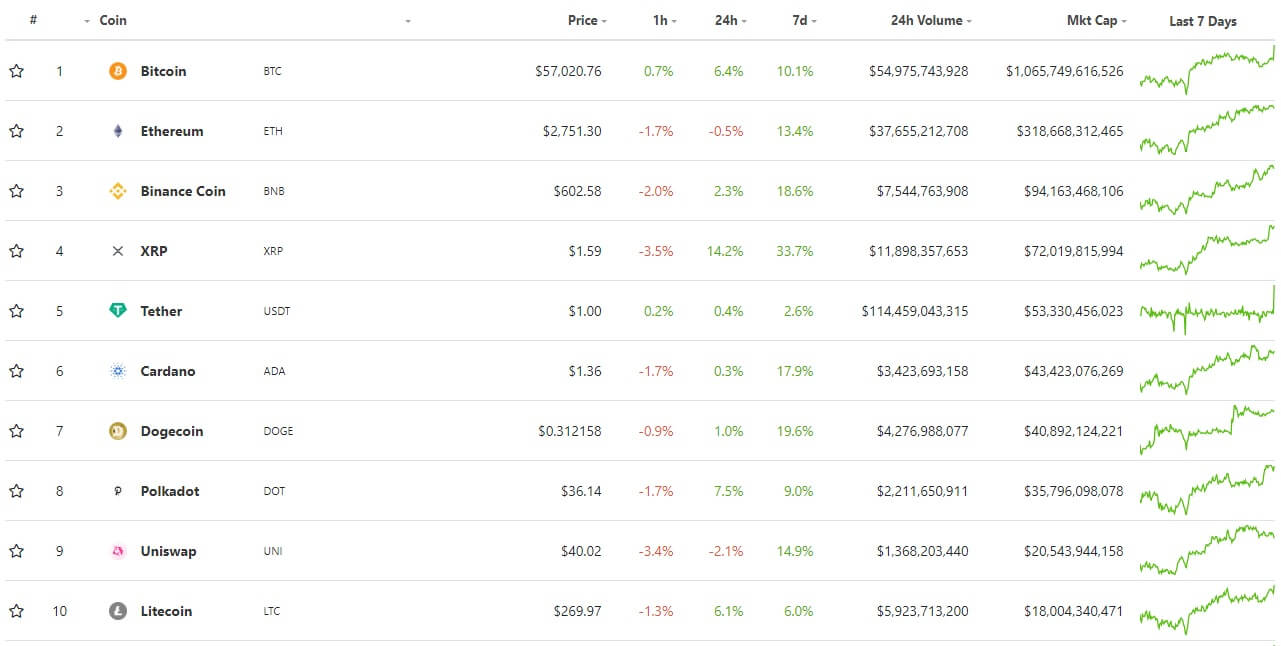 The crypto market is picking up steam. Image: CoinGecko

As CryptoSlate reported, positive sentiments continue to grow around XRP as institutional investors are actively adding it to their portfolios. Recently, on-chain data indicated that “whales” are buying XRP while the inflows of institutional capital in the token doubled last week.

At the same time, Cardano (ADA) and Polkadot (DOT) gained roughly 20% and 10% over the past seven days and are currently trading at $1.35 and $36, respectively. News about the Ethiopian government planning to use Cardano’s blockchain as part of a partnership with its developer IOHK likely played some role in the token’s growth. 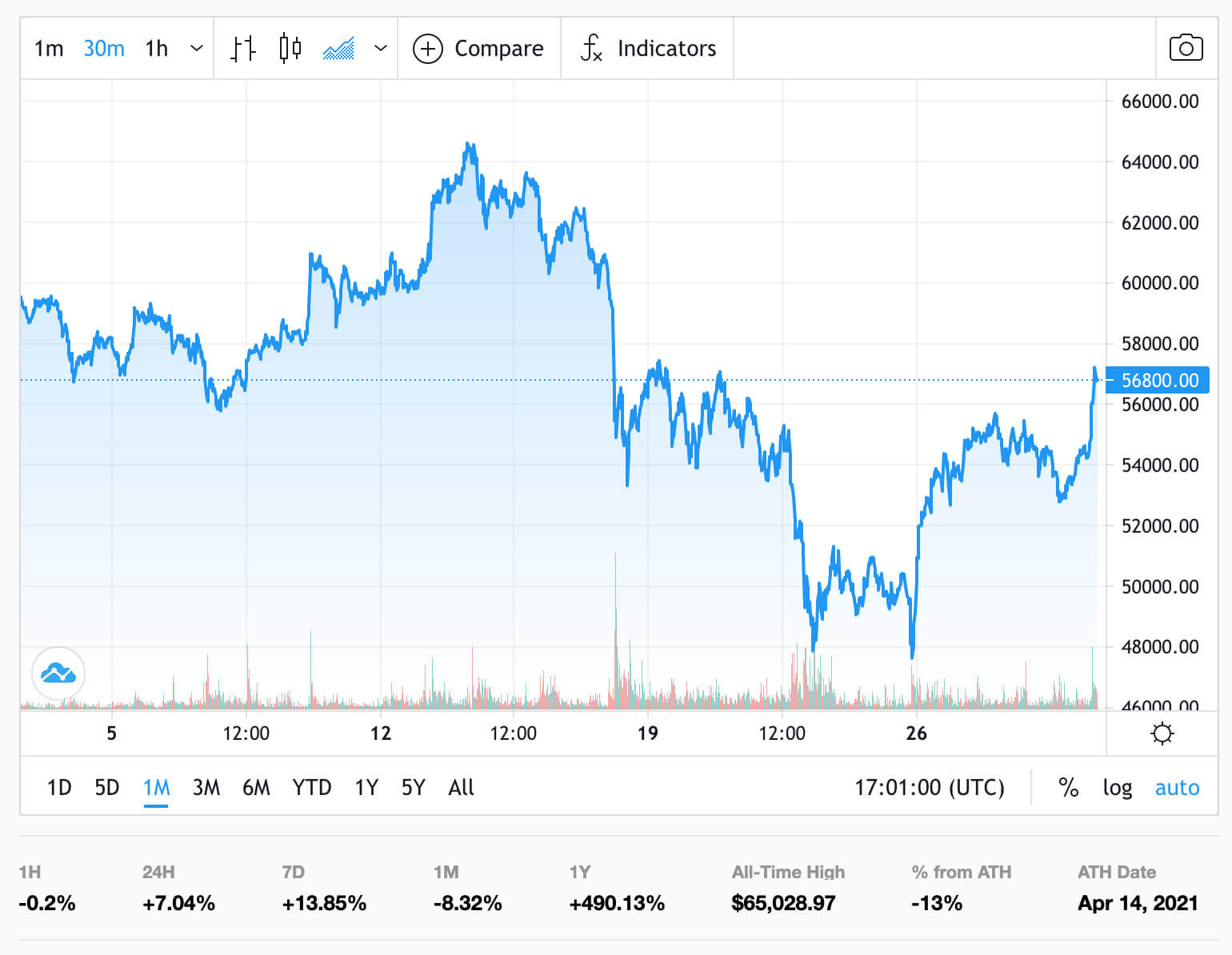 Bitcoin price over past month (Source: BTCUSD Chart via TradingView)

Perhaps the most obvious bullish signal came from business intelligence firm MicroStrategy today. After investing several billions of dollars in Bitcoin over the past few months, the company has announced its financial results for the first quarter of 2021 and reported a 52% revenue surge.

In his turn, MicroStrategy’s CEO Michael Saylor said these results “were a clear example that our two-pronged corporate strategy to grow our enterprise analytics software business and acquire and hold Bitcoin is generating substantial shareholder value.”

Saylor also pointed out that his company is not done with Bitcoin investments and plans to buy even more BTC in the future.

“We will continue to acquire and hold additional bitcoin as we seek to create additional value for shareholders,” he concluded.

Over the past few months, inflows of institutional capital from companies such as MicroStrategy and Tesla have become one of the main driving forces behind Bitcoin’s ongoing price rally. So much so that when such infusions briefly slowed down over the past couple of weeks (or at least hadn’t been announced), the crypto market lapsed into a stupor, as analysts at JPMorgan recently pointed out.

But it looks like Michael Saylor is always to the rescue.