Monday’s trading session has marked a return to form for Bitcoin (BTC) and other top cryptocurrencies, mostly offsetting the losses incurred by the last week’s slump, according to crypto metrics platform CoinGecko. 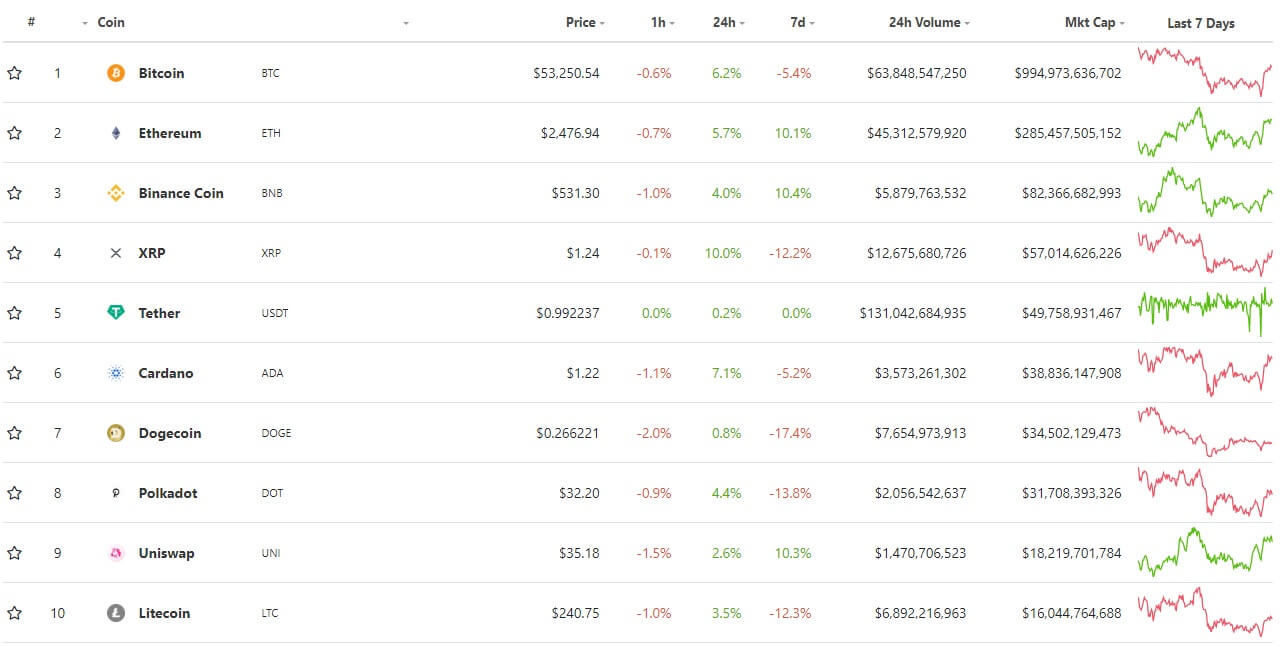 To top digital assets such as Binance Coin (BNB), Ripple’s XRP, Cardano (ADA), Polkadot (DOT), Uniswap (UNI), and Litecoin (LTC) are also in the green zone, although some of them still haven’t fully recovered on the 7-day graph.

As CryptoSlate reported, massive sell-offs shook the stocks, commodities, and crypto markets last week following rumors about potential tax law amendments in the U.S. Notably, sources close to the Biden administration reported on Thursday that policymakers are planning to increase taxes for wealthy investors to as much as 43.5% for gains above $1 million. 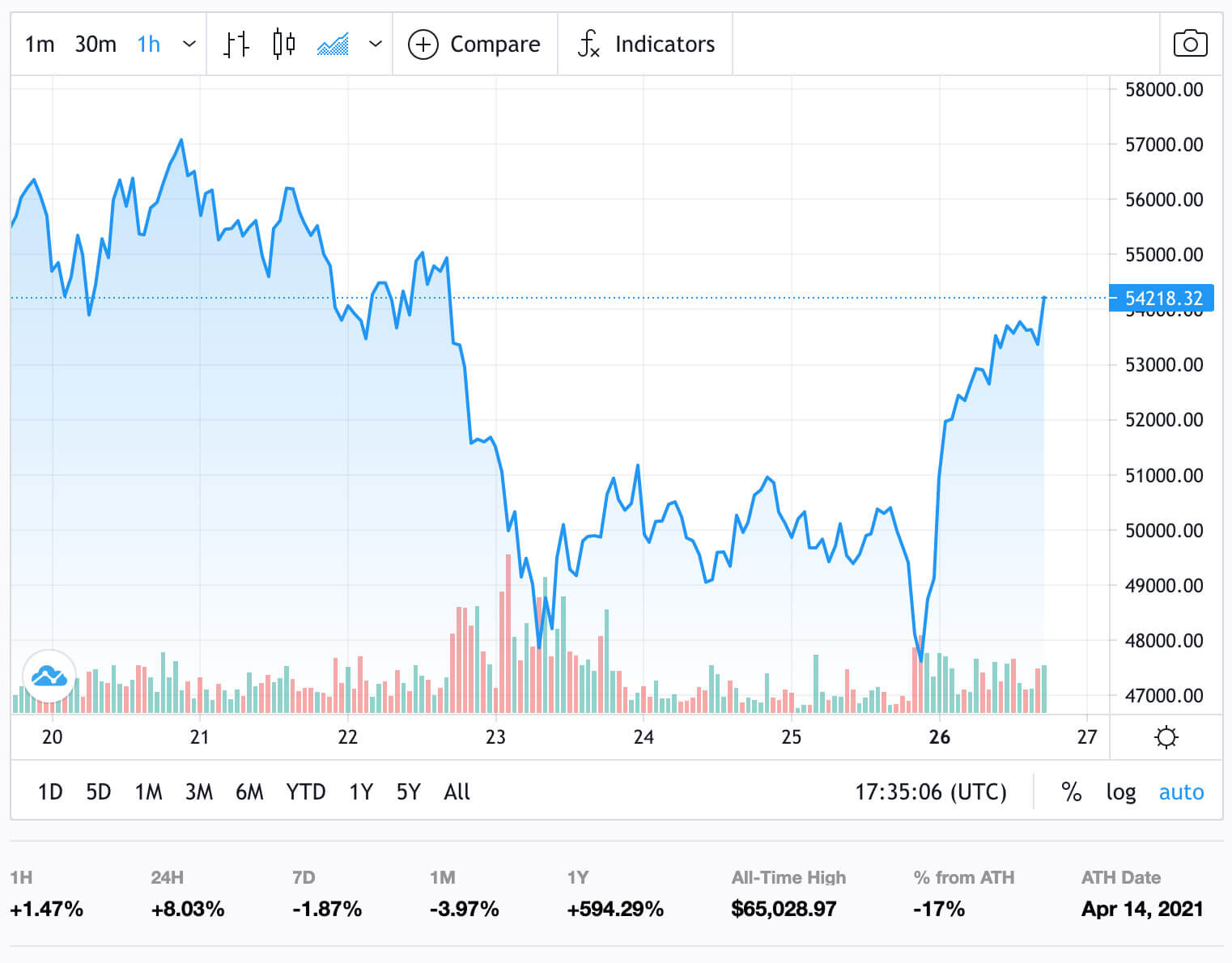 Among other things, this commotion yet again proved how susceptible are Bitcoin and other digital to the overall sentiment and negative—or positive—news, Jason Deane, an analyst at crypto research outfit Quantum Economics, told CryptoSlate.

“Bitcoin is an asset class that is still young and volatile enough to be directly affected by news announcements—both positive and negative—even where that news may not have any direct impact on the asset itself,” he said, commenting on crypto price movements.

According to him, the crypto market’s latest decline began even before the “Biden tax scare.” A week before that, the hash rate of Bitcoin’s blockchain declined by roughly 25% following an emergency shutdown of coal mining sites in China’s Xinjiang province—where roughly 80% of the country’s Bitcoin mining facilities are located—resulting in massive outages.

“It’s likely that the sell-off began as a result of what was incorrectly perceived to be a network issue due to power problems in China’s Xinjiang province, and the recent bounce-back was probably caused partly by reaching a technical support level and news that JP Morgan Chase will now offer an actively managed Bitcoin fund to its clients,” Deane noted.

Not out of the woods yet

The analyst at JPMorgan itself, however, said last week that the Bitcoin market is showing signs of “weakness” as flows of capital allocated in BTC are drying up. Additionally, despite the overall positive sentiment on the market, the “Crypto Fear and Greed Index” has moved a little bit further into the “Fear” territory today—clocking at 27 points—compared to yesterday.

All in all, it looks like the majority of crypto enthusiasts are still lying in wait to see where the market takes us.

Americans say cryptocurrencies have a ‘negative’ impact on their relationships