Why OG altcoins like XRP are now just starting to rally

The XRP price has started to recover along with other “OG” altcoins. Throughout Bitcoin’s rally from $18,000 to over $23,000, most major altcoins have struggled. Now, they are starting to show signs of recovery.

Why is the XRP price now recovering?

In the past week, the XRP price stagnated even more so than other large-cap cryptocurrencies, like Ethereum.

The primary reason behind its underperformance was the SPARK airdrop.

When the SPARK airdrop was announced, investors seemingly rushed to purchase XRP to receive SPARK. After the airdrop came to an end, a sell-the-news type event likely occurred, placing some selling pressure on the XRP price.

“XRP saw some interesting behaviors by traders leading up to, and immediately following, the SPARK snapshot. We’ve taken a look at how our metrics indicated how price movement during the event could have been (and still can be) taken advantage of.” 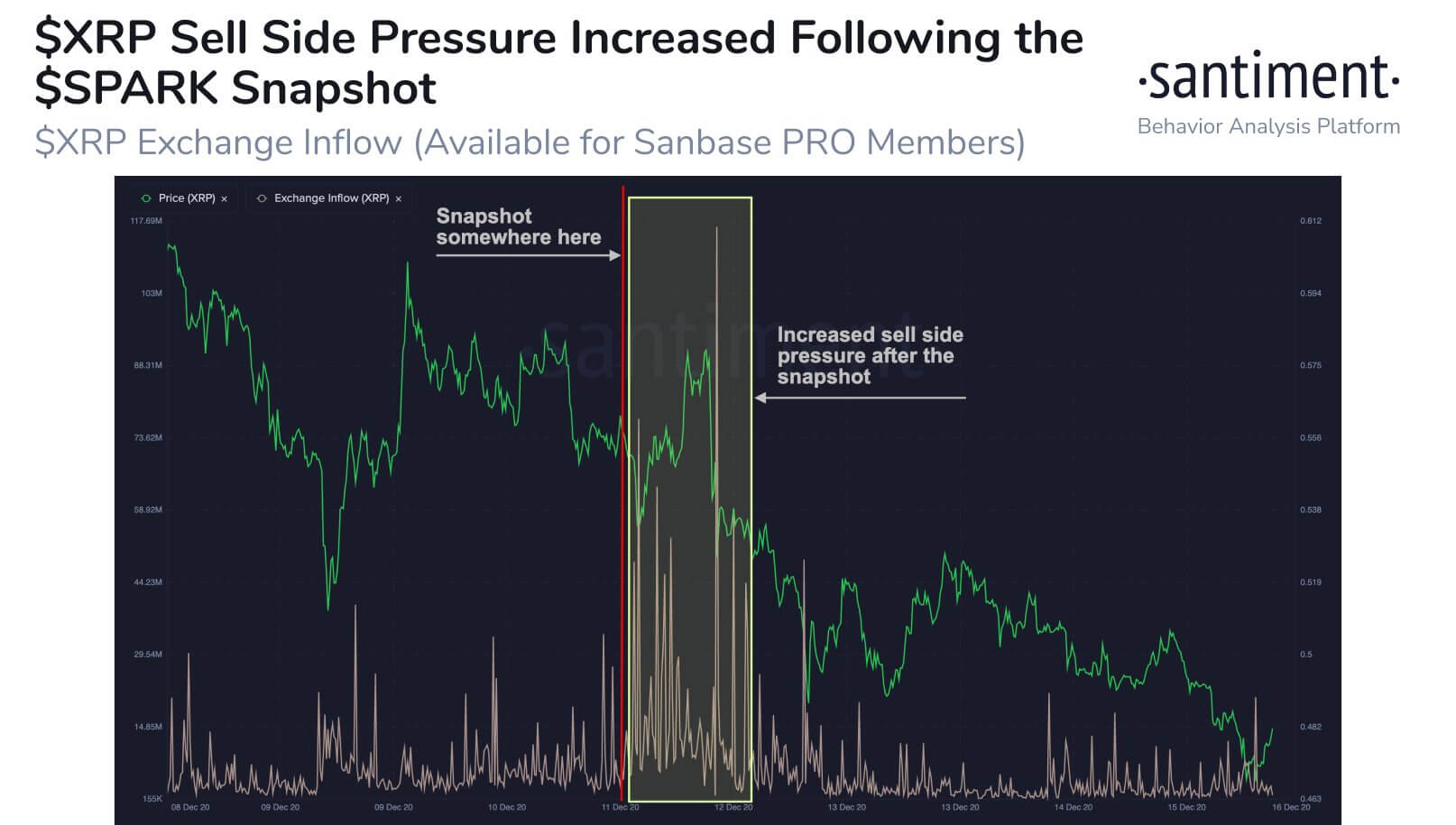 As such, while other large-cap cryptocurrencies rebounded, XRP lagged behind.

Now, the volume of XRP is gradually increasing as the appetite for higher-risk play grows with Bitcoin’s rally.

“XRP higher timeframe levels giving great indications for bounces. Therefore, I was expecting a relief rally to occur from the $0.45 region. We’ve got one of 34% already.”

What happens to the altcoin market now?

The ideal scenario for altcoins to sustain their momentum throughout December is if Bitcoin settles within a range.

Bitfinex, in particular, has large sell walls at around $23,800, which is preventing a bigger rally.

If Bitcoin does not see a large pullback and consolidates, altcoins, especially large-cap cryptocurrencies, could prosper.

For now, the sentiment around the altcoin market and large-cap alts, like XRP, remain neutral to optimistic.

Analysts at Santiment pinpointed the outflow of Ethereum from exchanges as a positive indicator for the altcoin market. They wrote:

“The percentage of #Ethereum’s supply being held on exchanges has stayed low during this market-wide #crypto rally. Meanwhile, #Bitcoin’s supply is slowly coming back on since its big move off exchanges last week. Often, this can be indicative of #altcoins being foreshadowed to make a run of their own.”

The Good, the Bad and the DAOs Only a Founder Could Love in 2020